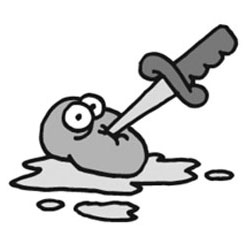 Someone once asked me if I thought it was a problem that some of my artwork was kind of, um…’politically incorrect’. I responded it would be a problem if it was not. Anyway, both Trump and Clinton supporters will either be equally offended or amused by work, and as the old saying goes … if you can’t take a joke then….

The election
Scroll to top